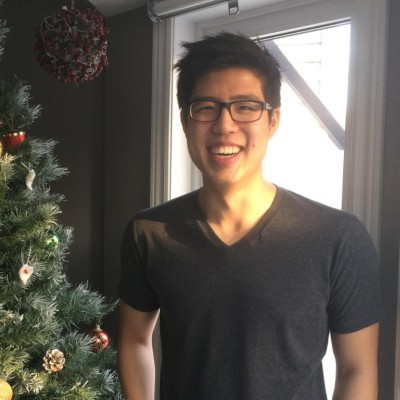 A space for my thoughts

I suspect my morality is Bayesian.

Dostoevsky claimed there were two types of people. I am one of the latter with the little worm of doubt.

Our ancestors did not worship rocks and trees.

A jester is one of many masks; you will only know the truth after I am lynched.

“To die of thirst in a sea of truth”

Is he beautiful or does he just appear beautiful? What is the difference?

Ah but people don’t wish to be known so simply, they like to be a bit more complex! And so the hate for psychoanalysts.

The delusion is not the mask but the belief that we can wear it without becoming it, that there is a true self behind the mask. There is nothing behind the mask, the mask is real.

There is no goal; it is all life.

The experience was not ruined, only the memory of it.

Do you live for now or the future memory of now?

But is memory not an experience?

Great works are not simply retellings of life experiences, they are life itself.

One cannot combat ideology with the truth!

What allows people to commit unspeakable, inhuman acts is not the absence of God, but the rise of ideologies that attempt to replace God.

What do I not know that I know? What do I act in which I do not believe?

‘There is no one right interpretation’ does not imply ‘all interpretations are valid’; this discards the notion of validity itself!

Perhaps the belief that it isn’t political, that it is self-evidently good, is the most dangerous belief of all.

The purpose of democracy is not to select the most ‘effective’ rulers, but to check unbridled power. Wisdom and insight do not lie in the populace.

Is there an end to progressivism? Or will another religion arise?

With the connectedness of the Internet, many young people are searching for global impact, large meaning, because they have been blown up to such a scale that they cannot see anything else. The local seems inconsequential to the potential the world, awaiting their impact.

Yet we humans are not adapted to such enormous scale. We have spent most of our evolutionary lifespan in small communities of less than one hundred and fifty people. And now, in the last few decades, we have shifted our mindset towards global pursuits. The market moves faster than our psychology, which will need perhaps another few thousand years to adapt to such scale. Even so, I doubt we can escape our fundamental composition. If we do, we might cease to be ‘human’.

Few people have the stomach for gradual change, fewer as our lives get longer and our attentions get shorter.

The world has changed so much yet we have changed so little. We can modernize everything but ourselves!

To many, justice is justified revenge.

Fame is enslavement to the capricious masses.

‘Every age has its own naïvety.’ Mine is the global utilitarianism known as humanitarianism.

Are you a modern man? Would you rather have five close friends or five million followers?

One day, we will automate ourselves out of existence.

Free-market capitalism is not anything, but a lack of something, a void of rules. This begs the question: Are free markets ‘natural’? Meaning that if you left people to themselves, will such a system ‘naturally’ arise?

Society progresses, one death at a time.

The youth have nothing, all they have are their identities.

Tradition and authenticity is often conflated with anti-modernity.

But what would they do with democracy? They have no understanding of it, no concept of it, no feeling for it. It is necessary to cultivate this first before throwing them inside the ring.

The power of a people who do not believe in anything!

People of a great culture have a vast, collective historical consciousness dominated by multiple rises and falls, this consciousness produces a sort of sullen resignation, a powerful acceptance of anything as it has all been ‘seen before’—that is, until they are wiped out.

I suspect they have a natural aversion to something foreign in something too close for comfort—the familiar world order.

It is an alternate path to prosperity, an authoritarian, state capitalism regime that angers left and right alike, combined with a ruthless pragmatism and a sheer disregard of those latent Christian values.

Is this ‘prosperity’? Who doubts this? Western morality projects their own ghosts of exploitation wherever it gazes, but those, the pitiful third-world countries, they are not so innocent. They are not exploitative, they simply have not had the opportunity for exploitation! What can you say to them? Don’t follow our past but abide by our current rules, as if you were already a developed nation-state? Surely one will grow weary of such urges by moralists, world activists and humanitarians. They don’t love humanity as you do.

A quantum observation: there is no truth, only observation. In hindsight, this was descriptivism.

The true ideology of science: Science is, whether you believe in it or not.